I contacted Sistalk through Twitter when I saw their marketing campaign for the Monster Pub vibrators. Cute sex toys are my aesthetic, and the Monster Pub vibes are adorable. Cute colors, anthropomorphized little monsters, with app control? I’m there. Sistalk wrote back and sent me the Master Godzilla to try.

It’s important to note that Sistalk is not an American company. They are looking to cross over into the English-speaking market, but they originated in China, and it’s pretty obvious when you visit their website. Everything on their site is English, sure, and you can tell what they are trying to say, but it’s clear that lots of things are lost in translation. Sistalk, if you want to succeed in the U.S. market, you need to get someone more fluent as a content writer.

But let’s set grammar aside, shall we? I am perfectly happy to ignore any translation errors for a high-functioning toy.

Sadly, I didn’t get a high-functioning toy.

Let’s start with physical appearances, because it’s here that Master Godzilla (and the whole Monster Pub line) shines. They sent me a plush version of the toy I was getting, which was hands-down my favorite part.

The actual toy comes in a white box with its proud mascot on the front. 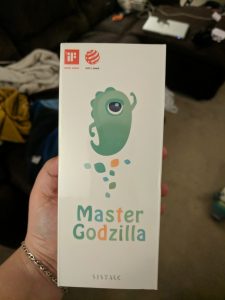 On the side, they show all three different devices. They are all adorable. 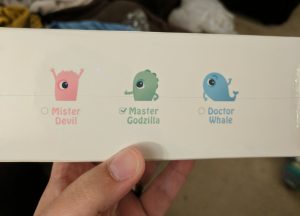 And, frankly, they all look pretty much alike. Aside from some differences in the tail and locations of the bumps and ridges, the function of the three vibrators is going to be nearly identical. 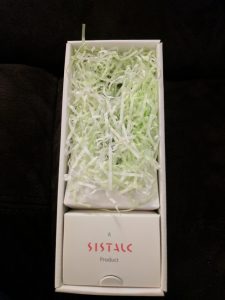 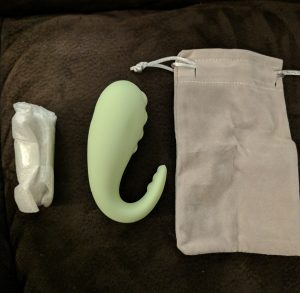 The Master Godzilla has a short, curved tail, some bumps along the spine, and a single staring eye.

As you can see from the last picture, the Master Godzilla charger penetrates the toy toward the bottom. That sounds really dirty, and it kind of feels that way, too. I know that lots of toys use this method, with the self-healing silicone keeping the toy’s waterproof qualities, but it still feels decidedly unpleasant to puncture the toy in order to charge it. Let’s all move to magnetic charging, yes?

Into my Box: The Toy Itself

The Master Godzilla is not an unpleasant toy, structurally. It’s fairly well designed, with the kind of bulbous base that presses nicely against my g-spot and the lower portion of my vagina. Thick enough to feel, without being thick enough to be uncomfortable, it felt nice to insert.

The tail, while designed to reach my clit, was not really well-designed for that purpose. It came sort-of close to my clit, but to make real contact, I had to slide the body of the toy further out of my vagina and let the tip of the tail rest against my clit instead of pressing fully. If I inserted the toy all the way, the tail was more likely to vibrate my urethra than my clit. Not really a fun time. A more flexible/longer tail would be a better design function here.

Turning the toy on was challenging. There’s not visible “on” button. You have to squeeze/bend/press/tilt the tail in order to turn it on. I wasn’t sure what I was doing while I was fiddling around with it. When I got it to turn on, I was afraid to play with the location of the tail that much, since I was nervous about accidentally turning it back off again.

The App: Vision vs. Reality

You can also give control of your toy to someone else, but the two options for app connection are not apps that I own. There’s no option for Facebook messenger, kik, or even a connection via the app itself (like you get with WeVibe‘s WeConnect app or Lovense). The app has a brightly-colored interface and, despite the fact that all the instructions are in Chinese, it’s not too hard to figure out what they’re going for.

While the design of the toy is pretty good, with a few quibbles (tail, power button location), the main problem I have with the Master Godzilla is the app functionality. The Bluetooth will not stay connected. I had to bring my phone next to the toy (while it was inside my vagina, mind you) and even then, it would drop the connection over and over again.

There are so many reasons why this is a pain in the ass. If I’m playing a vibration, the vibration will stay static once the Bluetooth disconnects, and I can’t turn off the toy except by manually fiddling with the tail. If I’m controlling it manually with the gesture screen, it will stop responding to my touch. That’s a pretty significant buzzkill in the middle of a wank session.

Most annoying of all, if I’m in the middle of a kegel exercise session, it will just act like I’m not doing any kegel exercises. There is no alert that Bluetooth has disconnected. I was lying there, wondering if I’m literal shit about kegels that I keep getting zero, not realizing that the toy had disconnected.

Ultimately, I was able to get the toy to work long enough that I reached orgasm, once. I wasn’t sure it was physically possible, so I persevered mostly out of stubbornness, not because I was enjoying the device.

Sistalk is entering a competitive market with increasingly high standards. WeVibe has been near the forefront of Bluetooth connectivity, and they have reliable, excellent app functionality. Other companies, like Lovense and MysteryVibe (affiliate link), have had success with their apps as well. In fact, it’s becoming uncommon to find an app that isn’t working. Sistalk has a great marketing campaign and an appealing product. It’s not so juvenile that it won’t appeal to adults, but they could also make a killing marketing to DDlg players and Littles. If they can’t get their app working, though, they’re going to end up dead in the water.

Master Godzilla has potential, but unfortunately, he’s not at full mastery. He is unlikely to bring excitement to Tokyo or my vagina. Keep working on it, Sistalk. You’re not there yet.