I hope after that title that you aren’t too disappointed to find out I’m not really “street.” I know! Shocker.

First off, 2012 was good to my writing career. In 2011, I wouldn’t have believed I’d be actually using the words “writing career,” except maybe to say “I wish I had a writing career,” but there you go. Things change. In 2012, I edited Purely Professional and queried my first choice agent, the amazing Saritza Hernandez of Corvisiero Literary Agency. After reading the full, she offered representation, which was definitely the highlight of my year. Now, sitting at the beginning of 2013, I want to share my plans for the upcoming year.

First off, Purely Professional is just about ready to be shopped around to publishers. To say “That’s very exciting” is like saying Rockefeller Center has a good-sized Christmas tree. It’s bloody brilliant. (Note – I’m also not British, even though I watch a lot of Top Gear and Doctor Who, which should count for something.) Every time I think about it, I squee and flap my hands a little bit… in a totally suave way. Even though I don’t have any control over the timeline, one of my 2013 hopes is to have the book in acquisitions at a publisher by the end of the year for a 2014 release. That would be fantastic.

My next major project, which officially started last week, is to revise my Steampunk erotic romance from 2011. The working title is Felicitation, but I’m not 100% sold on that title. That might end up being the title of the collection, since there will undoubtedly be more stories coming out of this world. Mostly I just call it “That Steampunk Book.” Last week, I sat down and began world-building in a way I should probably have done before actually writing the first draft. (Research, my friends, seems to be what I do on the rewrite. I don’t necessarily recommend this method, but it’s apparently my modus operandi.) Now, I’ll start writing out my themes, sub-themes, and character arcs. After this pre-editing, I’ll begin violently eviscerating the first draft until it resembles the original only in the way that a Thanksgiving turkey carcass resembles the turkey. After the stripping down comes the building up, the beefing up, if I can use another meat metaphor. (I swear, I don’t use meat metaphors when I write sex scenes.) I’m a big fan of Holly Lisle’s One Pass Manuscript Revision technique, which I recommend to anyone who (like me) gets overwhelmed with the enormity of revision. The technique served me well on previous books and hopefully will again.

I’m not sure the title needs more explanation. After editing That Steampunk Book, I’m going to write another book. I don’t know if it will be my November Nanowrimo novel, or another novel before that, but there will be Some Other Book in 2013. Maybe two other books, if I’m feeling wild. 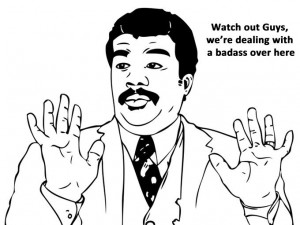 This is also the year when Elia Winters Meets The World. I’m planning to attend a few Conferences, if money and logistics permit. I’ll announce those plans here when they become finalized, so watch this space! In the meantime, I have goals about blogging more regularly and continuing to Tweet and Facebook and Tumbl along. If you aren’t following me, please do so! Links are to the right.

Here’s hoping that 2013 is an amazing year. If you, too, are Gettin’ Stuff Done, Yo, let me know in the comments!