A few weeks ago, I was fortunate enough to attend Geeky Kink New England, which is either described as “a geeky convention for kinksters” or “a kinky convention for geeks.” I first heard of this event during my research for Playing Knotty. I needed to find some kink conventions that Ian was likely to attend, and my Googling led me right to Geeky Kink. I realized immediately that this was the convention for me, especially since I write geeky, kinky romance.

Without getting ahead of myself, I’ll say that the hubby and I had an incredible time, met cool people, and learned a lot of stuff. These people are our tribe and we’ll definitely be back.

Now, for the recap. I have created terrible cartoons in MS Paint to help bring the experience to life.

We arrived a day early, because hotels are awesome. Events really didn’t kick off until Friday night, so in the meantime, we ate delicious food, toured the area, and swam in the ice-cold hotel pool for a very short amount of time. After registration Friday afternoon, the event was underway.

Before I describe what we did, I need to talk about the vibe of the event. It was gloriously inclusive and “live and let live,” both sex- and kink-positive. No one shamed anyone else for what they enjoyed, not even in the “I’m only teasing” way. Also, it was super open to different sexualities and gender presentations. The bathrooms were all gender-neutral, with signs on the doors saying stuff like “This bathroom is gender-neutral, because we won’t put you in a box unless you’re into that.” Everyone smiled and greeted each other and genuinely meant it.

The event was also fantastic about consent. Everyone asked before making bodily contact, even in spaces where touching would normally be “expected” like when getting sized for a kilt. There was no pressure to participate in anything. I felt welcomed in the body I have, and people of all shapes and sizes were present in street clothes, fetish wear, and naked for naked-friendly events, and there was zero body shaming. How amazing was that?

Now, onto the events. First was the violet wand. 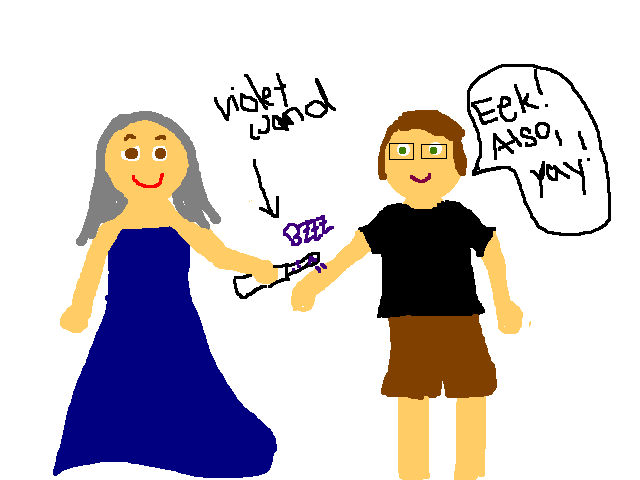 We had so much fun, in fact, that we went to the advanced violet wand seminar later that night. The same woman was running it, and she did all kinds of wild things with the violet wand like temporary branding and using conductive rope to zap someone in bondage. After this, we decided we needed to buy a violet wand, which we did later in the weekend.

After the seminar, we took a walk through the dungeon, which was pretty quiet because it was early in the weekend and also “no fucking Friday,” so anyone who wanted to have sex in the dungeon was waiting until Saturday. Still, I was in awe of all the bondage equipment, and mentally started a list of stuff I wanted to buy and make once we have a bigger house. The dungeon had all the things below, generally more than one of each. 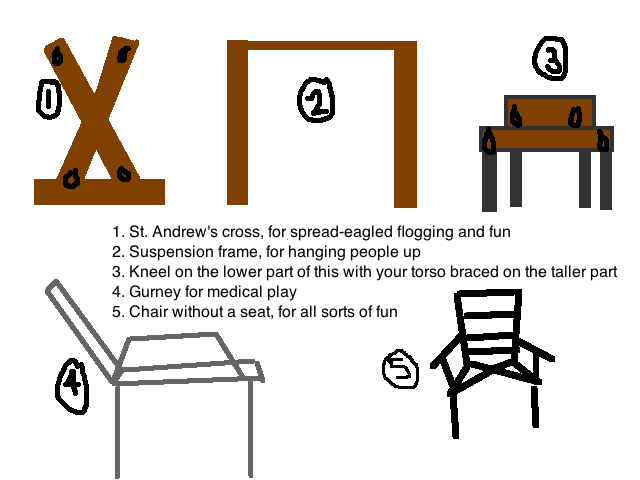 Saturday we slept in, as did everyone else, and got into the swing of things after lunch. We went to a workshop on “rhythmic geeky impact play,” which used geeky soundtracks as inspiration for impact play patterns. The people running the workshop were obviously having a great time. 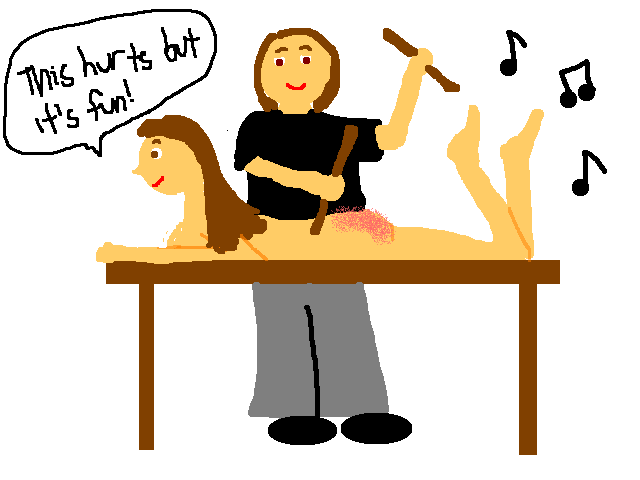 We also spent time in the vendor row. My hubby bought a kilt, which I’m thrilled about. We also picked up the aforementioned violet wand kit and a gorgeous new flogger. The vendor row was dangerous, because everyone had so much great stuff that we wanted to buy all of it. Seriously. I could have spent an entire paycheck in the first three stores if I didn’t need to pay a mortgage and eat food. 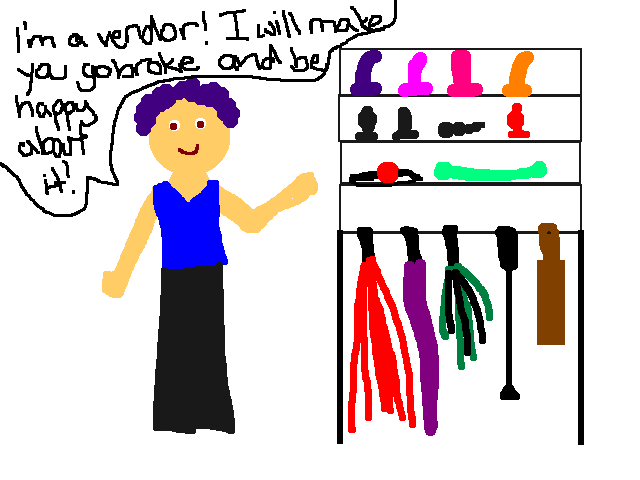 Later that night, we decided to hit the dungeon ourselves. I felt totally comfortable getting nekkid in a giant room full of people all getting their freak on, and had an absolutely euphoric flogging session on a St. Andrew’s Cross. People watched and it was super hot. Not only did I try something I’d been nervous about, but I loved every single minute of it. 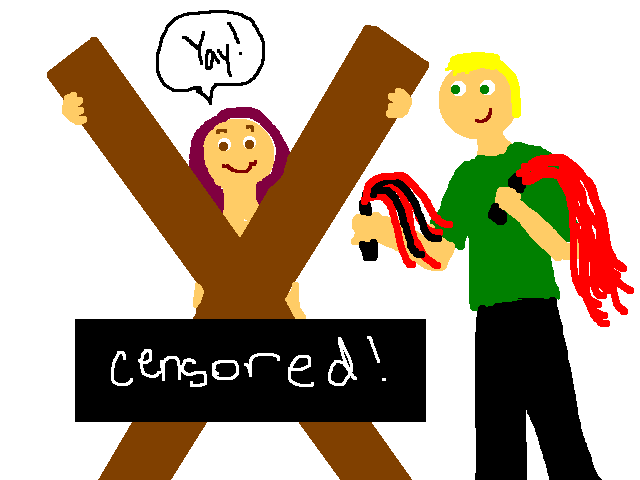 We then went back to our hotel room, played around with the violet wand, and then visited the Glowy Pool Party of Awesome. Yup, it was a pool party with glow sticks and glow toys everywhere, plus a laser light show and fog machine. The pool had not warmed up since our swim a few days earlier, so we stayed on shore. Nobody pressured us to get in the water, because consent, so that was lovely. While almost everyone was naked, some people kept clothes on, and there was no shame either way. 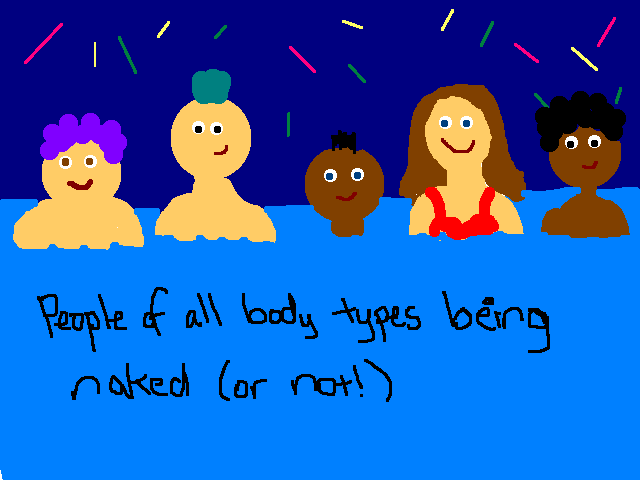 Sunday everyone was packing up and heading out. We toured the vendors one last time, said goodbye to people we met, and headed for home.

Honestly, Geeky Kink New England was a significant high point not only of my summer, but of my year. Cons usually exhaust me, but this rejuvenated me. I felt safe and welcomed at all times. While we won’t be able to get to Geeky Kink Classic in New Jersey this November, if you’re in the area, you should go. As for us, we’re going to enjoy all our new toys and wait for next year. My goal for next year: dungeon orgasms.

What about you, readers? Have you ever been to a kink con? Would you ever attend? Have you recovered from my MS Paint skills yet? If you have any questions about my experience, go ahead and ask!