It’s taken me a while to figure out that yes, when it comes to character types, I have a clear favorite. More than rugged cowboys, sensitive bad-boys, and beefy jocks, my knees go week over the aloof genius. (Or, if you prefer, the “brilliant asshole,” which is an equally accurate description.)

The aloof genius is incredibly intelligent. He has book smarts by the bucketful. (Maybe he has street smarts, maybe not. Less important.) He might be a technological genius, or a literature snob, or just plain overall Mensa-caliber. The format doesn’t matter, but he can’t be the aloof genius without being… well, a genius. Or at least really smart.

Next, he has to be arrogant. Not in the “I find no value in other people including you” way, but in the “I’m too wrapped up in my own world to be concerned with your emotions” way. He’s quite confident and has no doubts about his own abilities. This often makes him seem like a jerk.

He also has a dry sense of humor. He’s cynical and witty, with a casual sort of humor that implies he knows he’s funny, but he doesn’t need to advertise it.

It also helps if he’s a little geeky.

Now what makes him so appealing to me? A lot of my attraction definitely comes from my submissive side that wants to be dominated by a hot, brilliant guy who fucks like a romance novel stud (but with less man-titty). But there’s more than that. I find intelligence and wry humor incredibly sexy, and when you pair that with unflappable confidence, I’m a quivering ball of estrogen.

So who are some aloof geniuses I love?

(Matthew Macfadyen? Colin Firth? Does it really matter? It’s Mr. Darcy, after all…)

I think my love for Pride and Prejudice is rooted in my attraction for Mr. Darcy, the consummate brilliant asshole. His witty repartee with Lizzy makes the book infinitely re-readable, and their sexual tension could be cut with the proverbial knife. I thoroughly enjoyed the ambitious Mr. Darcy Takes A Wife, despite the fact that it often tries too hard to be erudite, and I love it in part because we see more overtly Darcy’s smoldering sexuality combined with his delightful cleverness. 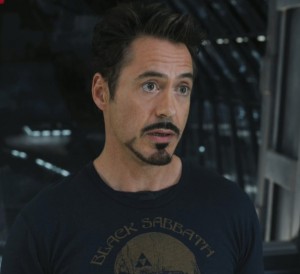 Ahh, Tony Stark. Take away your armor, and what are you? “Billionaire genius playboy philanthropist.” Also, a brilliant asshole, and I want you to do terrible things to me. 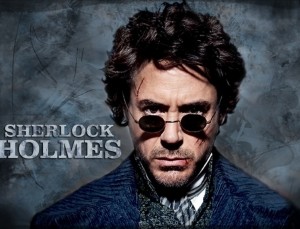 I seem to have an RDJ thing, don’t I? (Sidenote: does anyone else see “R2D2” when I type that? I don’t have an R2D2 thing. Really.) But RDJ’s Sherlock is a wonderful blend of humorous and clever. In fact, almost all versions of Sherlock are the same way. Which brings me to… 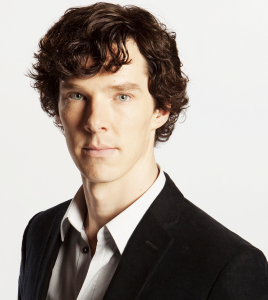 Maybe it’s the intense eyes, maybe it’s the curly hair, maybe it’s the Beautiful Mind-caliber brilliance (although he would say it’s just deduction), but Benedict Cumberbatch’s Sherlock gets my Brit-loving knickers in a happy, happy twist. 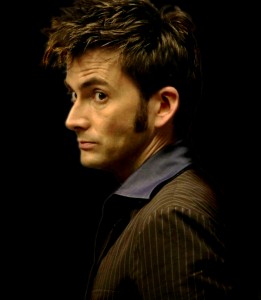 I chose David Tennant for this picture because he is, far and away, my favorite Doctor. But I also love Eccleston and Smith, so I’m starting to think that it’s not actually David Tennant I love. (Wait, that’s not right. I would bang David Tennant like a screen door in a hurricane. I digress.) Really, my love is for The Doctor as a character, a powerful genius who sometimes lacks the capacity to understand humanity. He’s not aloof, exactly, but he’s often oblivious. He’s too busy saving the world to understand the world. And he’s so delightfully awkward when it comes to love and sexuality. 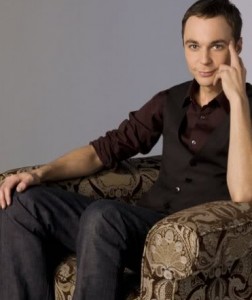 Say what? Maybe I should be a bit embarrassed about this one, because Sheldon Cooper is portrayed as the anti-sexy, but his hilarious obliviousness, combined with his clear brilliance, is somehow sexy to me. Don’t judge me, internet people. 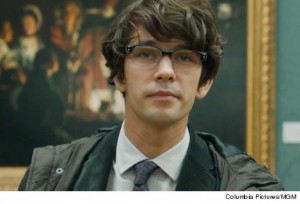 Sure, he’s a hipster, but he’s also a technological genius with an aloofness that makes me all fluttery inside. I could watch him type all day. New Q, I choo-choo-choose you.

I gravitate toward this character type not only in my fictional character crushes but also in the books I write. I try not to write male leads who are too aloof – I don’t really want him to be an insensitive jerk – but I enjoy that sort of reckless confidence characteristic of the Aloof Genius/Brilliant Asshole. Universally, I write smart male main characters. (Well, to be fair, I tend to write smart female main characters, too. I don’t like reading books where characters seem to be below the water mark in brains.)

For me, smart is sexy. It’s sexier than good hair, a nice smile, or a well-shaped body – although those are all fine attributes. I tend to go for tall, lean, geeky guys, as seen in much of the list above. Regardless of tall, lean geekiness, though, ultimately, it’s all about the mind. I want quick-witted characters who can banter and flirt and think on their feet. A differential equation or a penchant for Prufrock makes me all atwitter, and when it comes down to it, I will choose brains over brawn in almost any romance.

So tell me, readers! What are your favorite character types?

6 thoughts on “My Favorite Character Type: The Aloof Genius”