Skip to content
Posted on December 31, 2016Author Elia Winters No Comments on 2016 Roundup and Looking Ahead to 2017

When I sat down to do this 2016 roundup, I realized it’s been a hell of a year. People have been tweeting and blogging about the extensive shit of the year, from all the celebrity deaths to “he who must not be named” getting elected president. As I’ve sat here and reflected on the year, though, I realized that it hasn’t been nearly so bad for me. I’ve been incredibly lucky. 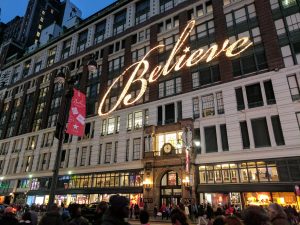 Here are some of the highlights from my 2016:

So yeah, it was a pretty awesome 2016 for me overall, despite the tragedy of the outside world. I’m aware that I’m incredibly privileged to get to say that, to be insulated from the tragedy in this way. I’m mindful of all the people who couldn’t escape the horrors of 2016.

I’m looking forward to the near year and to seeing what 2017 brings.

What are your goals and hopes for the new year, readers?